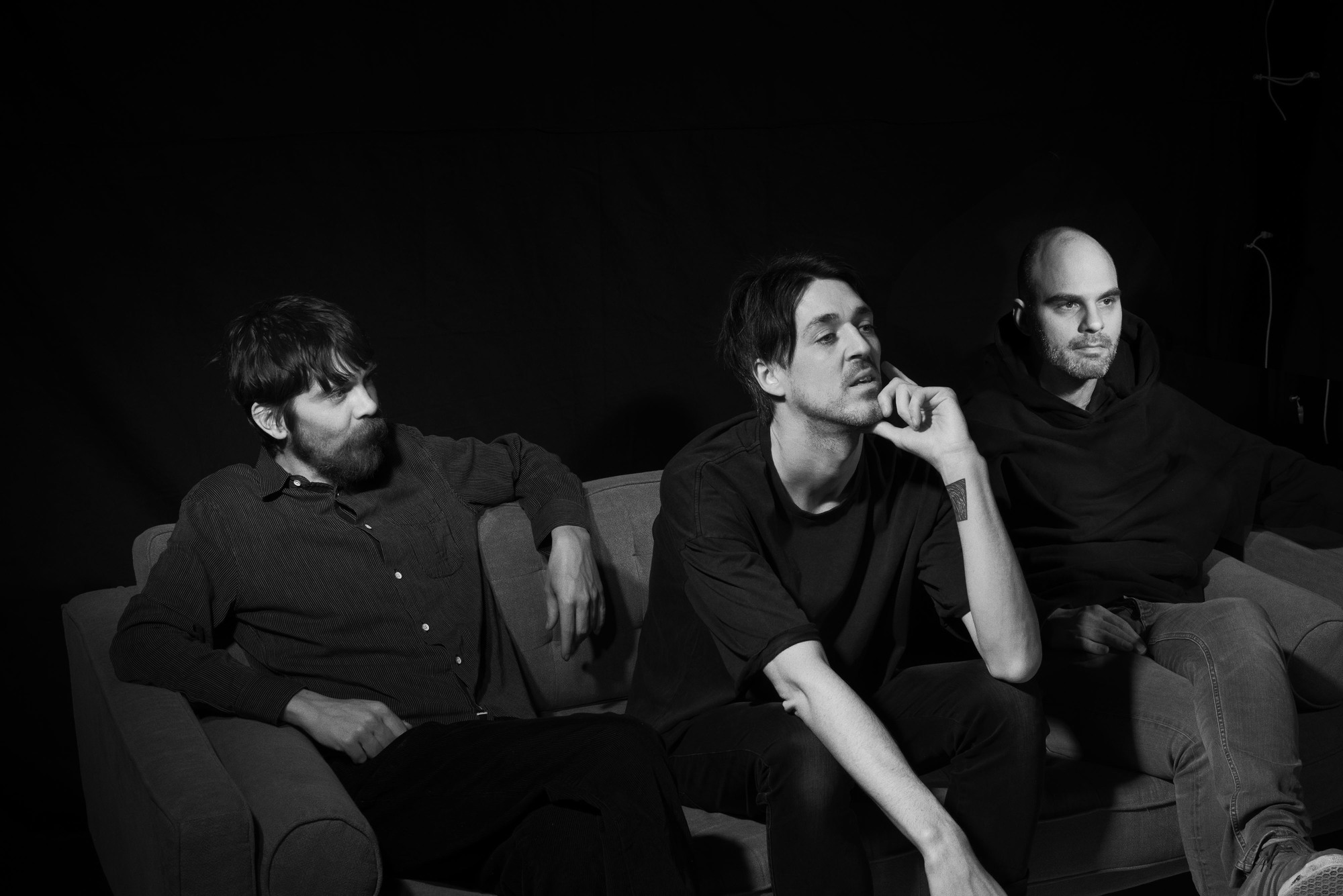 A powerful sense of alchemy is at the heartbeat of Cubicolor; a fusion that finds its own unique sweet spot between the intimacy of your headphones and the introspection of the dancefloor. Somewhere between a band and an electronic act, between traditional song-writing and profound levels of studio innovation, between electronica and indie.

Three men can be found at the heart of this heartbeat. Ariaan, Peter and Tim. A Dutch/Anglo trio hailing from vastly diverse backgrounds, all neck-deep in different disciplines, all with very successful previous musical endeavours behind them; each artist brings an entirely different perspective, talent and set of inspirations to Cubicolor’s unique, electronic melting pot.

It’s a pot that froths with a range of emotions and textures, has won the hearts of fans and supporters such as Tale Of Us, Dixon, Rufus Du Sol and Jordan Rakei and has so far resulted in two beguiling albums. Both released on respected independent label Anjunadeep, their debut LP ‘Brainsugar’ landed in 2016 and became a cult success. Soul-searching, warm and engaging, it was described by Clash Magazine as “a beautiful, haunting fusion of electronic ideas” and galvanised the trio’s inimitable presence on the electronic landscape.

2020’s ‘Hardly A Day, Hardly A Night’ followed and developed the Cubicolor sound even further with bolder moments of drama and momentum. Heralded as “a richly drawn, triumphant record” by Popmatters, the album came with a new live performance for which the band recruited eminent jazz drummer Richard Spaven. Taking their repertoire into a whole new playground, once again Cubicolor found a genuinely unique way of bringing their fusion to life, translating it from the personal experience of a record to a dynamic and highly acclaimed live experience.

The trio has a unique dynamic and rich histories; Ariaan and Peter were previously known as 16Bit Lolitas, a hugely accomplished and respected headline act in the house and techno world throughout the 2000s. They’ve been writing and performing together since their early 20s and spend an unhealthy amount of their time modifying, hacking and manipulating studio gear, playing piano and listening to 60s Indian radio on a cat-friendly houseboat in the centre of Amsterdam.

Londoner Tim comes from an equally intriguing background; a poet and playwright with a background in folk music, his distinctive falsetto countering the warm, dreamy soundscapes and arrangements with a haunting sense of tenderness and yearning. Tim also plays a role in the production just as much as he does as a singer. Such is the magic of Cubicolor; a disparate range of ingredients and souls overlapping at just the right points to create shapes and shades that would never exist without each individual’s input.

Somewhere between a cooperative and a collaboration, complementary and contrast, contemporary and customary... The Cubicolor alchemy continues.

Wake Me Up (Tale Of Us Remix)