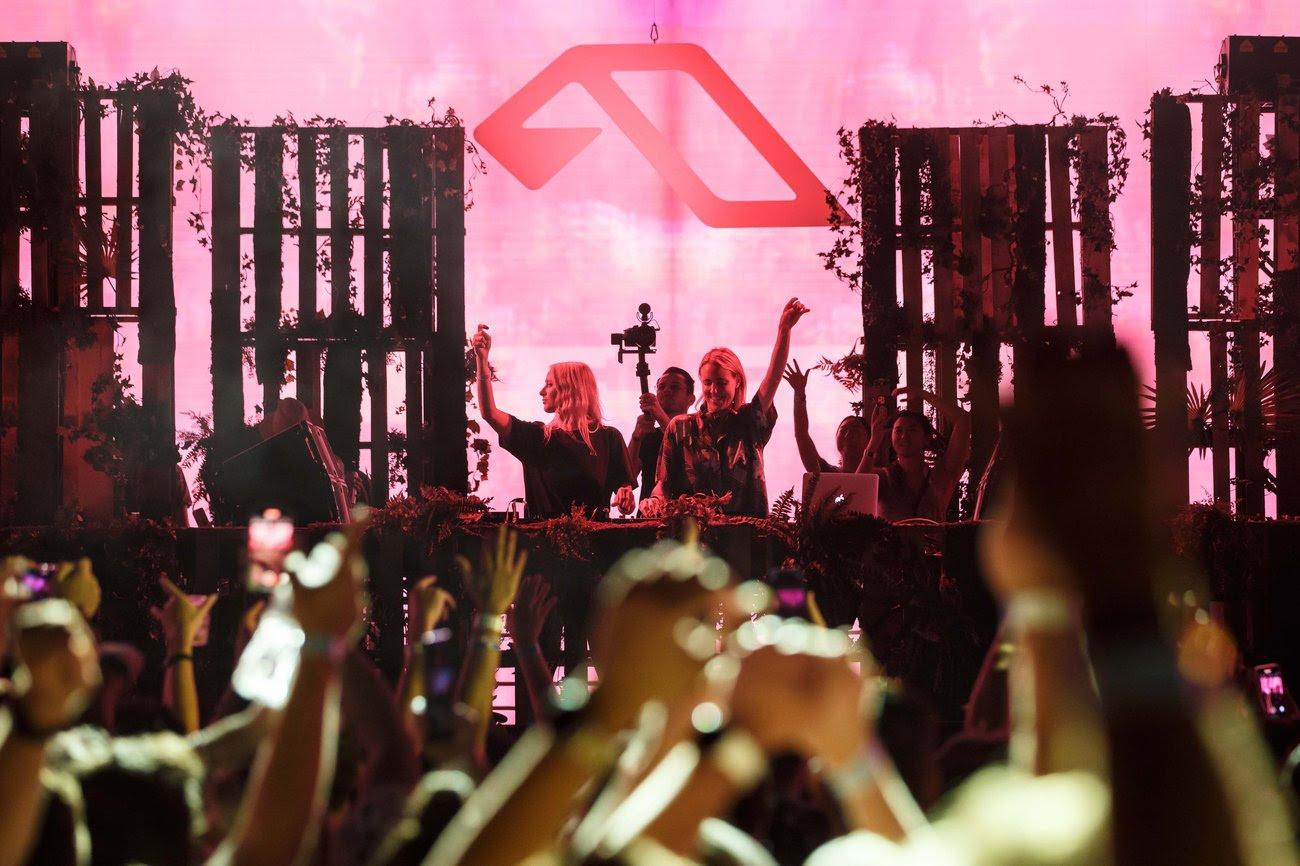 Keep reading for more on that…

Here at HQ we’re not winding down for the holidays just yet though, and we’re preparing for several exciting events over the next few weeks, including a special Anjunakitchen double-header, a livestream of all the action from the Printworks Press Halls, and our upcoming winter sale on the Anjuna Music Store 🎁

A Big Month for Marsh 💥

This month, we were delighted to announce Marsh’s forthcoming studio album ‘Endless’, out on Anjunadeep on February 3, 2023 🎵

Written and produced in various hotel rooms, planes and temporary studios, the album has been largely inspired by Tom’s nomadic lifestyle which saw him making music from kitchen counters, living rooms, home-cinema rooms, hotel rooms, aeroplanes, anywhere he could find the space.

The first offering from the new album, Tom’s collaboration with Simon Doty, ‘Touch The Sky’ is out now on all platforms, and is a tantalising taste of what’s to come from this new, clubbier album.

Listen to 'Touch The Sky'

In exciting news, Marsh will be taking his new album ‘Endless’ on tour! To get your tickets, click the button below, and if Marsh isn't visiting your city in this leg of the tour, fear not, Phase Two of the tour will be announced over the next few months, and will feature all-new countries.
Stay tuned...

Inside 'Explorations 21' with Tony McGuinness 🔍

Earlier this month, we released the 21st in our Anjunadeep Explorations EP series, lovingly curated by Above & Beyond’s Tony McGuinness 🙌

Here, he discusses each of the five tracks, and how they were picked for the EP!

Nohan ‘All I Need’
"It’s rare for a vocal track to make it into one of my deep sets, there are so few that cut it for me, but this one is an ear worm for sure. There’s a fragility to it that is really endearing and the song is just delicious."

Davide Ferrario ‘Jewel Ice’ (Ramiro Drisdale Remix)
"This is a beautiful piece of piano music that Ramiro has skilfully worked into a groovy organic house track. I’m so glad we were able to clear it, people always ask me what it is."

RIGOONI ‘The Day I Reframed The Moon’
"RIGOONI is a Brazilian artist that walks to the beat of his own drum. All of his tunes are unique and like ‘Petrichor’, which appeared earlier on the label, this tune is as captivating as its intriguing title suggests."

Integral Bread ‘Quantum Love’
"Nacho runs the excellent Univack Records in Spain and is a world class composer, producer and mastering engineer. Unsurprisingly his music is next level, and this one stopped me in my tracks the first time I heard it. Awesome."

Mauro Augugliaro ‘Ethereal Memories’
"Another track that turns heads when you play it, the aptly titled instrumental works its way under your skin and makes you smile. A masterpiece."

Click the button below to listen to Anjunadeep Explorations 21, and head over to the Anjunadeep YouTube channel to check out the set uploads from last week’s Explorations livestream celebration.

This month, we announced the upcoming dates for our 2023 Explorations festivities, as well as surprise show in the new-look Savaya Bali 🌴

See below for a full list of our upcoming tour dates, there’s quite a few(!), and some are already sold out, so if you plan to join us on the dancefloor over the coming months, make sure to click the button below to grab your tickets…

Click the button below to check it out, and make sure to stay tuned, we'll be uploading the rest of the sets from the show over the coming weeks...