Can you believe it’s already almost November? We certainly can’t, this month has flown by! October saw us release more music than you can shake a stick at (although we’d certainly encourage you to try…)

We released Cubicolor’s stunning third (!) album ‘Sometime Not Now’ announced that our good friend Moon Boots will return with a new album next year, and released music from Konstantin Sibold, Dosem, Douran, Nordfold and Compuphonic. We also celebrated 500 episodes of Above & Beyond’s Group Therapy with thousands of you in Los Angeles this month, and kicked off our European tour in style at Amsterdam’s Paradiso, and Prague's Roxy. Thank you to all who have joined us on the dancefloor recently, it’s been wonderful to see you!

Among Anjunadeep’s oldest friends, Cubicolor have been responsible for some of Anjunadeep’s greatest hits since they joined the label back in 2014. Ranging from melancholic moments like ‘Mirror Play’ and ‘Points Beyond’ to the heady, uplifting heights of tracks like ‘Got This Feeling’, the trio’s diverse talents are on full display in their new album ‘Sometime Not Now’.

Featuring recent singles ‘Summer & Smoke’, ‘Cowboy’ and ‘Easy Mark’, the album features 11 Cubicolor originals, and a brilliant reimagining of ‘Know’, by late folk icon Nick Drake. The album was created during the pandemic, as a response to a body of work that was previously scrapped the band rediscovered their desire to bring those tracks back to life. In the words of the group;

"It wasn't the right time in 2019 for these songs, but we really feel it is now… sometimes you just need to give something time. When we picked the tracks up again in 2020, the doubt and confusion had evaporated. Instead of roadblocks we now saw possibilities."

Peter (Kriek) told us here at HQ that "As an artist you have to try to create a really big swimming pool of inspiration to swim around in", and upon listening to ‘Sometime Not Now’, we think we understand what he means.

The band draws inspiration from philosophy, astronomy, history, the arts and culture, as well as a wide range of creative minds including Debussy, Aphex Twin and Philip Larkin, and it is perhaps thanks to this that their work is so consistently genre-bending and innovative…

But don’t just take our word for it! We talked to a few of Anjuna’s finest, and here’s what they had to say about the trio…

"Cubicolor are my favourite band. I think Cubicolor is the collective noun for geniuses. They really inspire me, they never stand still, never say the same thing twice, never make the same sound twice. And I never tire of listening to them. They sound beautiful. Their first album was the soundtrack to many months of my life. I think ‘Nights In Bloom’ is my favourite, it puts me immediately in the streets of Buenos Aires walking for days trying to clear my writing block. And it worked.
‘Got Me Good’ is my favourite song from the new album. I’ve been waiting for it to come out for a while now and I’m glad they finally gave it the green light. And I’m looking forward to getting to know the new album. It’s completely different from the advance copy I stole off the server a little while ago, but that’s Cubicolor. They keep moving."
- Tony McGuinness (of Above & Beyond)

"I’ve been great friends and a huge fan of these guys since the early 16BL days , and this new album displays their musical integrity, studio and dancefloor expertise with ease. Big support this end"
- Jody Wisternoff

"I have the utmost respect for everything Cubicolor and 16BL, it’s some of the most creative, forward thinking music on the label. Big love to the boys and congratulations on this new chapter."
- Marsh

Listen to ‘Sometime Not Now’ on the platform of your choice, or pre-order a vinyl copy (complete with exclusive lyric book!) now from the Anjuna Music Store.

Listen to 'Sometime Not Now'

October has been a bit of a whirlwind here at HQ, as the team split up and ventured out of London, with some heading to support the ABGT500 celebrations in LA, and some heading to Amsterdam for ADE 🎉

The team is now reunited, and ready to see this year out in style! We’re reviewing the livestream footage from our Open Air show, planning another Anjunakitchen session, and spending some time with the lovely Marsh.

Speaking of Tom, we will be announcing something long-awaited very exciting from him tomorrow(!), so keep your eyes peeled, and make sure to follow him on all those important platforms to hear the news first.

2022 is going out with a bang, as far as Anjunadeep is concerned, and though there’s barely eight weeks left of the year, we still have plenty to look forward to, touring-wise…

Click the button below to grab tickets, and register your interest for the newly-announced Anjunadeep Explorations 2023! 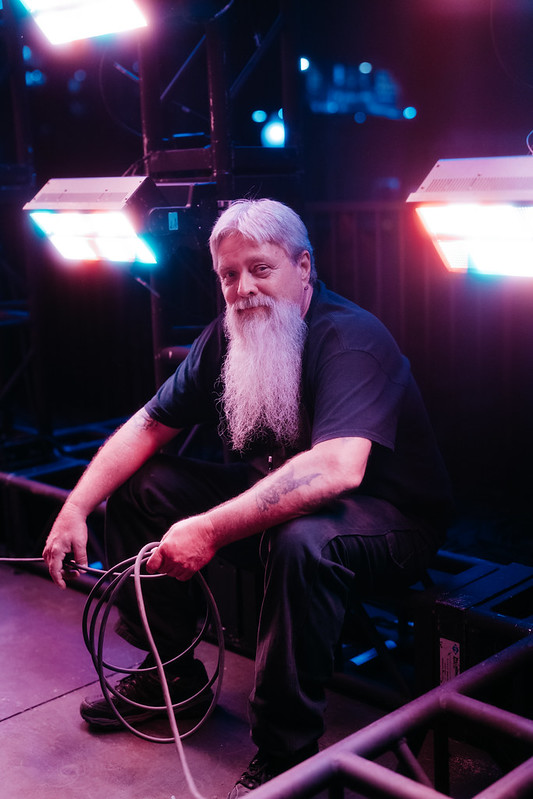 Anjunadeep Open Air: Los Angeles was one for the books!

We had a brilliant time with our family of artists as well as you, of course, the Anjunafamily. If you want to relive the show, why not check out our official photo album over on Flickr?

Click the button below to view all the photos from our photographers Luke, Jasmine and Jessie. And if that's not enough reminiscing for you, you can watch Above & Beyond's Deep Warmup set now on their YouTube channel 🎥