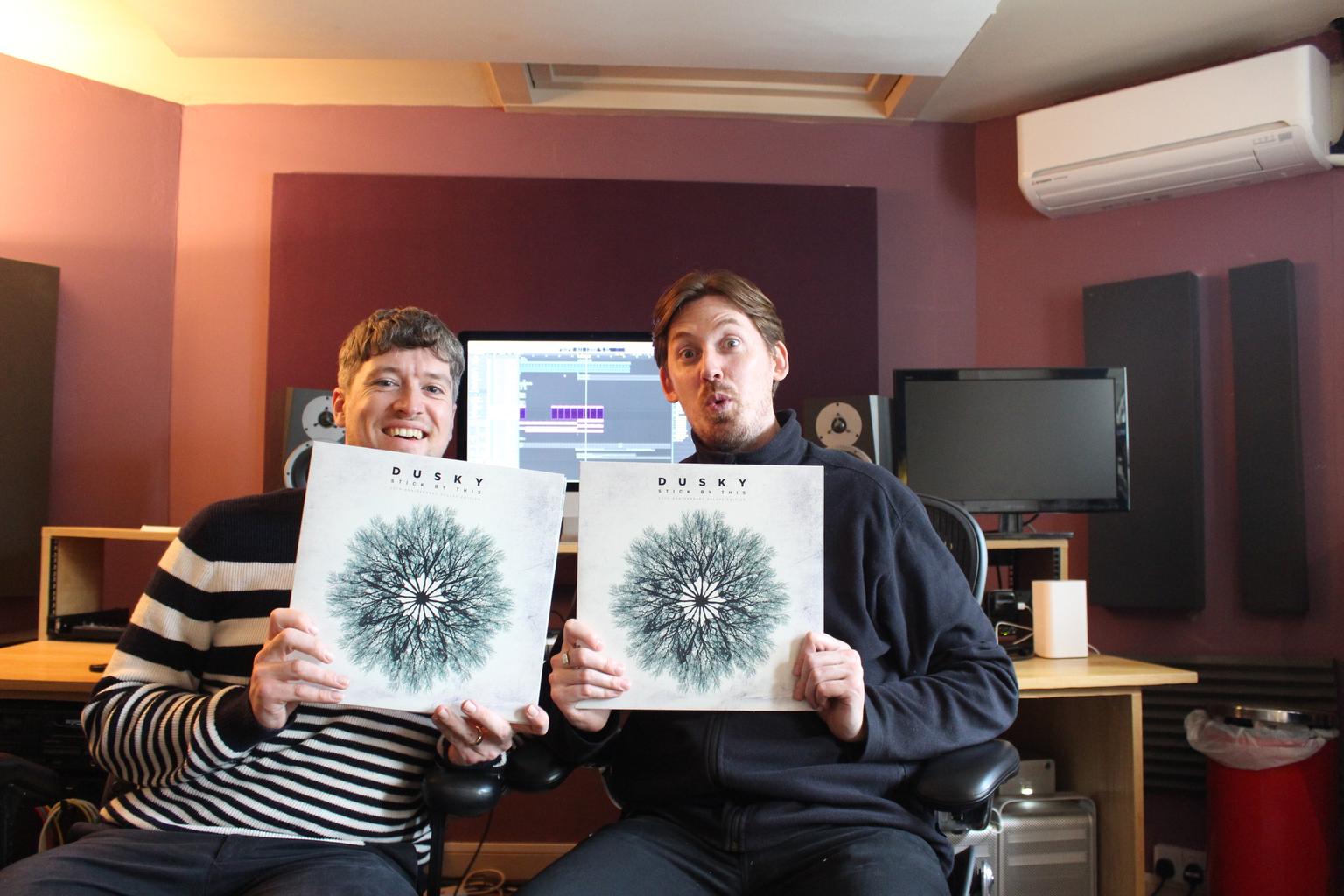 Dusky recently celebrated the tenth anniversary of their stunning debut album 'Stick By This'. Featuring fan favourites like 'Lost In You', 'It's Not Enough' and 'Lost Highway', the album is now available for the first time on vinyl via the Anjuna Music Store. Inspired by this recent milestone, the team here at Anjunadeep HQ discusses their favourite musical moments from Nick and Alfie...

"I can’t choose between ‘It’s Not Enough’, an absolute Anjuna classic, and ‘Rise For Love’ which was on Aus Music. The two sides of Dusky, some beautiful soulful vocal house, and a 5am warehouse banger."
- Dom, Label Manager

"'Stick By This': The chord progression, the atmosphere, the strings; everything about this one feels classic Anjunadeep to me."
- Daniel, Anjunadeep A&R Manager

"In 2019 I had to catch the overnight bus from London to Paris for a mate’s wedding. As I sat on the curb eating my sixth service station sausage roll of the journey I remember 'Stick By This' coming on in my headphones. Whether it was the universe’s cryptic way of telling me to ‘stick’ with it and persevere through the journey, or the delirium of saturated fat combined with not enough sleep, I fondly remember the track bringing a a big smile to my face in a trying time."
- James, Senior Product Manager

"It has to be 'Ingrid Is A Hybrid' - such a timeless record!"
- Emily, Senior Product Manager

"I also chose 'Ingrid Is A Hybrid'! Phenomenal piece of music. Will go down as one of the great electronic compositions of the 21st Century."
- JD, A&R Assistant

"For me it was a toss up between ‘Plastique’ and 'Yoohoo'... both hit that blend of peak-time banger and emotional vocal number just right. Perfect for crying on the dancefloor (I'd imagine...)"
- Claire, Label Marketing Manager

"‘Need You Back’ has to take it for me. The perfect combo of lively hats, bounce-y percs, and lush suspenseful synths make this track an irresistible roller."
-  Angus, Anjunadeep Label Assistant

"My personal favourite is ‘Lost Highway’. It’s one of those tracks that you keep coming back to, a timeless classic from Dusky!"
- Mia, Product Manager

"My favourite Dusky track is ‘Lost In You’. Janai’s stunning vocals and the piano house melody are a winning combination. One track I always go back to!"
- Laura, Marketing Assistant

"I could honestly pick so many and have so many memories attached to them all... the bonafide classics ‘Careless’ and ‘Ingrid Is A Hybrid’; the timeless Dusky club bangers ‘Cold Heart’, ‘Love Taking Over’ and ’Skin Deep’, experimental album cuts like ’Trough’, ‘Plastique’ and ’Soundcheck’, the darker hidden gems ‘9T8’, ‘Muriel’ and ‘Jilted’.
The buzz of hearing them for the first time, often in the studio, the rush of getting them announced as Hottest Record or Essential New Tune on Radio 1 and the vibe when they dropped in the many Dusky shows across the capital….the Dusky live shows, the all night Take A Trips and random parties across just about every club in London (from the three room takeover of Fabric in the 2014 to the Rise For Love XOYO Residency in 2020… so many vibes).
But for today, I am going to return to my first love… ‘Lost In You’ feat. Janai, which was, in many ways, the track that birthed Dusky. The standout demo from the original ’Stick By This’ pile and the one that felt most distant from what had come before as Solarity. It raised the question as to whether the album should be presented under a new alias. And the answer to that question became Dusky…. What a journey it has been since."
- Allan, Label Director & Dusky Artist Management

Listen to the new, tenth anniversary edition of Dusky's 'Stick By This' now on the platform of your choice, and grab a copy on light grey vinyl now from the Anjuna Music Store.