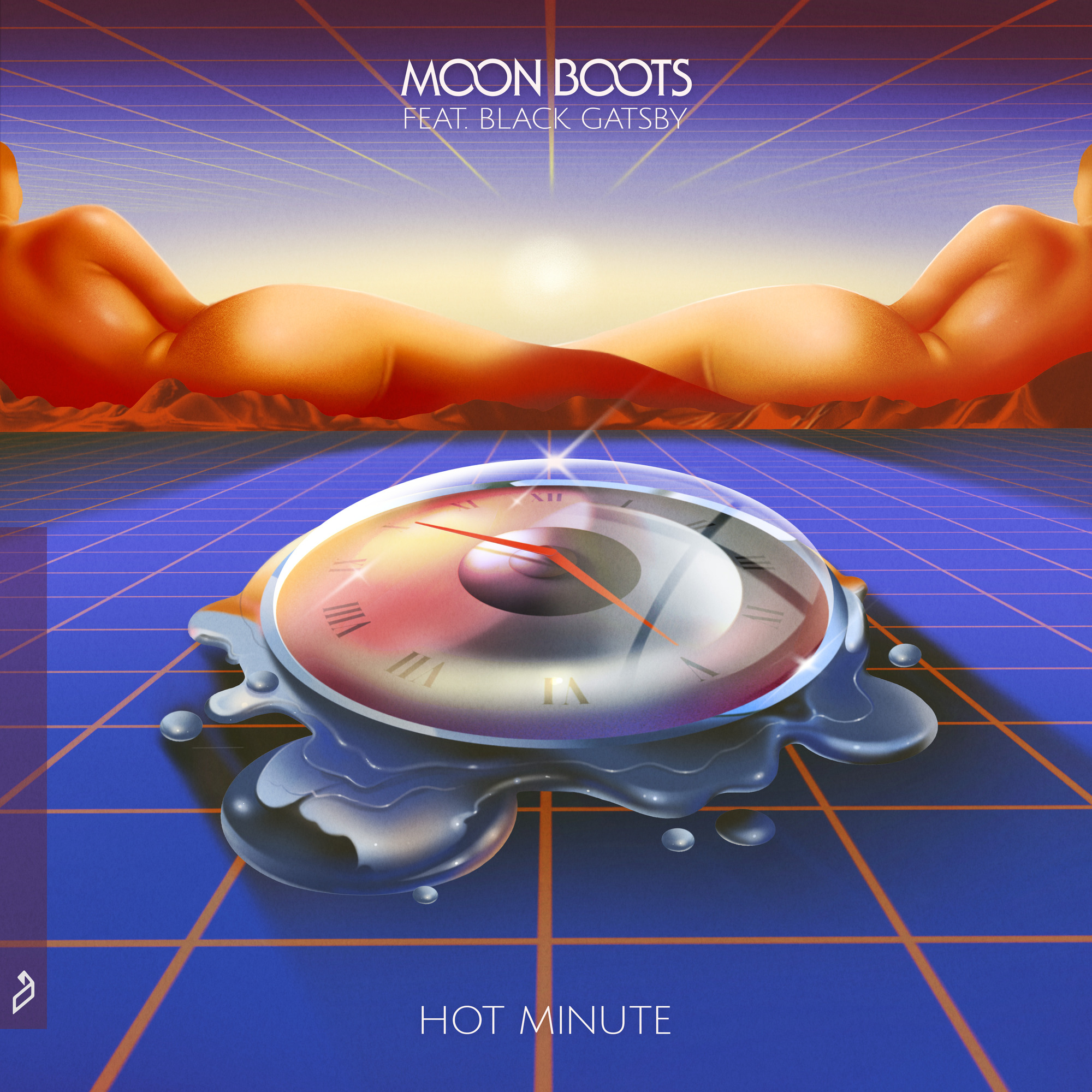 Written and produced over a nearly two-year period beginning in early 2021, ‘Ride Away’ contains themes of love, companionship, and personal exploration. Hauling in a crate’s worth of musical influences, Moon Boots has imbued ‘Ride Away’ with his characteristic blend of soul, disco, and house music, whilst also introducing the sounds of synthpop, breakbeats, and psychedelica. Marrying these eclectic styles is part and parcel of Moon Boots’ idiosyncratic sensibility, honed through years of living and DJing in Chicago, the birthplace of house music, and in the musical melting pot of Brooklyn.

‘Hot Minute’ is the first single and features the vocals of longtime collaborator Black Gatsby. With a sassy chorus that echoes Anderson .Paak and Sylvester with a gospel-inflected breakdown, ‘Hot Minute’ shows off the full range of Black Gatsby’s talents and his unique musical rapport with Moon Boots. This bop is a tantalising taste of what Dougherty has been up to in the studio.

‘Hot Minute’ follows the recent release of ‘Come Back Around’ which featured indie darling Cherry Glazerr. The summer anthem was named ‘Coldest Record’ on BBC Radio 1 and supported by the likes of KCRW, Triple J, and SiriusXM.

‘Ride Away’ follows in the footsteps of Moon Boots’s debut ‘First Landing’ (2017) and sophomore album ‘Bimini Road’ (2019). With an impressive catalogue atypical of the dance world, Dougherty’s third album represents both his tenacity and evolution as a producer and songwriter. The writing process was met with many difficult but rewarding experiences; creative bursts were balanced with instances of anxiety and self-doubt, yet Dougherty found the music writing process invigorating and cites his wife’s continual support and incoming firstborn daughter as encouraging him to move forward. Of course, more time in the studio allowed Dougherty to experiment with new creative processes (and mind-altering methods) over the course of the album’s formation.

Featuring a swathe of colourful vocalists including the likes of Cherry Glazerr, Dope Earth Alien, and Nic Hanson, ‘Ride Away’ celebrates Dougherty’s longstanding affinity for collaboration, fun effervescent songwriting, and dance-focused production. Other international artists on the album include French singer Praa and Norwegian band Ora The Molecule, whilst longtime collaborators Ross Clark (St. Lucia) and Steven Klavier feature as writers and instrumentalists on the record, rounding out a global ensemble of incredible talent.

Having accrued well over 100 million streams on Spotify alone, and having been championed by the likes of Annie Mac, Diplo, Danny Howard, and The Blessed Madonna, Moon Boots has established himself as a trailblazer of R&B-infused dance music. Having released on legendary French house label French Express, and remixed the likes of Dua Lipa, Robyn, and Nile Rodgers, Dougherty’s production prowess is in high demand, whilst his eclectic DJ sets and live shows (including a full live band) have seen him tour the world, with recent headline shows sold out across North America and Australia, and a full live tour expected in 2023 to celebrate the release of Ride Away.

Whisper In The Wind

Whisper In The Wind