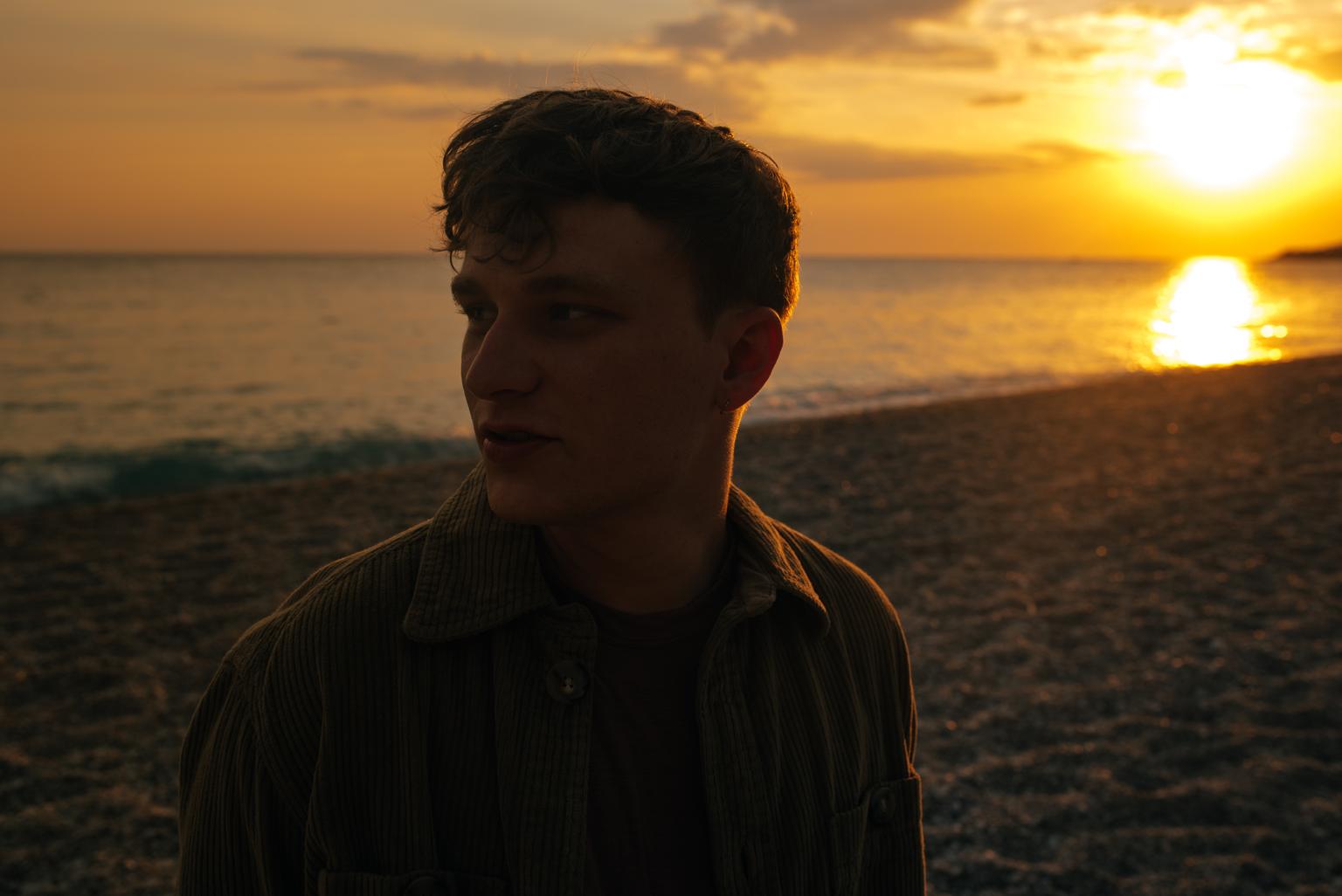 Today, September 2, marks the release of ‘A Radiant Sign’, the new album from rising star Nils Hoffmann. Earlier this week, he joined us here in London for a live shoot (more on that coming soon...), and to chat to us here in HQ about the album, touring and true crime (!).

Can you tell us a little bit about your album?

My new album is called ‘A Radiant Sign’, it’s a thirteen-track album, and I wrote it in a transitional phase after I’d just finished writing my last album. During the pandemic, all my plans changed, and I started working with a new team, which felt like a new beginning, and a new step in my career. I think the music is more evolved, the songwriting in this project is way more evolved. I’m really happy with it, and I can’t wait for it to be out on Friday.

If you had to describe your album in three words, what would they be?

How do you hope a fan feels when they listen to your album?

Absorbed. I want a fan to feel absorbed by it. The albums that fully engross me have always been my favourite albums, the ones where you can just put it on in your headphones and forget what’s going on around you for 45 minutes or so.I hope that my album is a bit of a story, that people can really enjoy a full listening session, and decide to come back to it again and again.

Where would be the perfect place for a fan to listen to your album?

I think just, on a walk, on a late summer evening walk, with headphones in, that’s the perfect spot.

Oooh, which headphones do you have?

I have AirPods Pro, which are nice, they’re really really good, and I also have Sennheiser HD 25s for DJing, but I actually really like the noise cancelling on the AirPods.

Anyway, back to business. Can you tell us about the video shoot we're attending tomorrow?

We’re going to film a live performance of mine, and we invited a couple of singers to join us. We invited bailey, Julia Church and Hi Frisco, and yeah, I’m going to perform four album tracks live with them. We also have an amazing stage design, and I think it will be the highlight of the video.

What is one song you have on repeat at the moment?

I’m not actually listening to so much music at the moment, on the flight over, I listened to, like, three episodes of this true crime podcast called 'Zeit Verbrechen'… But, I think music-wise, what I’ve recently really enjoyed is the new ODESZA album, and that single, ‘The Last Goodbye’, that’s really good.

If you had to do a b2b set with one other artist, who would it be?

I once played live, back to back with Ben Böhmer, like four or five years ago, that was really fun, he’s the first one that comes to mind, but… maybe Lane 8? I really love his mixtapes.

What is your favourite show you've ever played?

Definitely my last show in Delhi, in India. That was something I’ve never experienced before… that was definitely the best show.

And finally, James or Jody?

Erm... Jody. But that's only because I've known him for a little longer. Yeah, Jody!

Listen to Nils’ album ‘A Radiant Sign’, or pre-order a copy on transparent vinyl from the Anjuna Music Store by clicking the button below.
Plus, stay tuned for Nils and friends' live performance, coming soon to Nils' YouTube channel.