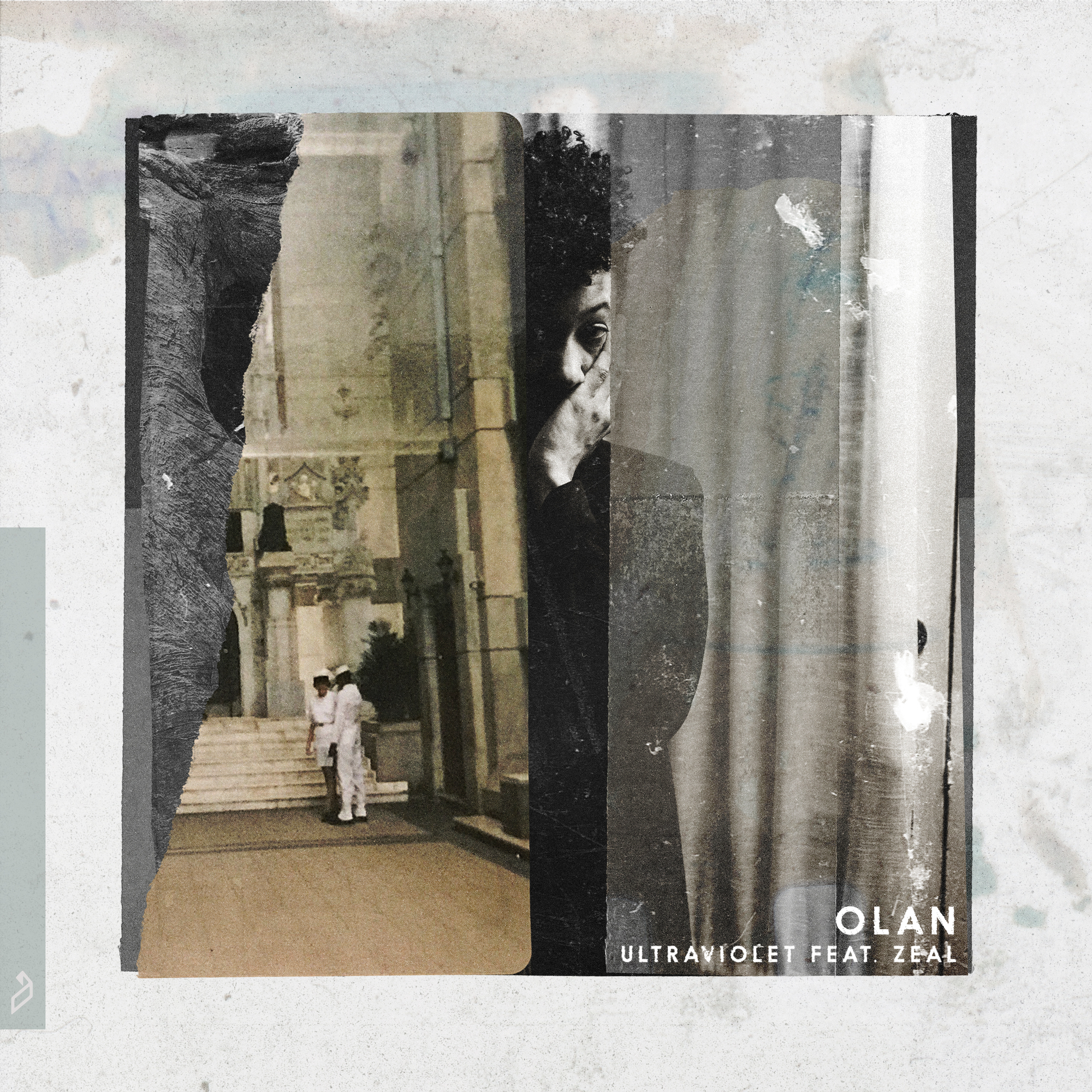 ‘Ultraviolet’ is the third single from OLAN's debut album ‘Contra’, which is out June 10 on Anjunadeep.

A collaboration with Canadian producer Zeal, ‘Ultraviolet’ is a fast-paced, high-octane track infused with sounds of drum & bass, liquid, and future bass - a true depiction of OLAN’s versatile taste and production skill. On the inspiration behind the track, OLAN explains:

"Much like first single, ‘Ultraviolet’ is a song that directly comes from an Outer Wilds reference. In the game, you find an ancient writing from a character named Solanum that begins to think the creator of the universe (the Eye) has no specific attachment to its creation, and that the signal calling out to them having no meaning wouldn’t necessarily be a bad thing…Applying this to my own sense of spirituality suddenly made things a lot easier to manage emotionally. I can’t control what happens to me all the time, but learning when it’s truly necessary to attach meaning and purpose seems to be helpful at the moment."

The new single follows ‘Wake And Return’ and ‘Promise To Keep', and precedes OLAN's highly-anticipated debut album. The culmination of many months in solitude, ‘Contra’ began as a natural form of escape and expression for OLAN, helping her find peace amidst the years of uncertainty brought on by the pandemic:

Previously the Georgia state native has had a colourful songwriting catalogue, including co-writing credits for ‘Buss It’ for Ari Lennox, collaborations with Mat Zo on his 2020 album ‘Illusion of Depth’, the single release of ‘In Motion’ with rising star Nourey, and ‘Push’, first released on Anjunadeep’s Reflections series. Now, OLAN emerges from the uncertainty of the pandemic with her debut album.

Musically, ‘Contra’ is inculcated with a variety of electronic styles from melodic house, breakbeat, downtempo and drum & bass, to ambient and hip-hop. Influenced by the likes of Maribou State, Little Dragon, T.E.E.D and Bonobo, as well as the cult video game ‘Outer Wilds’, the sound of ‘Contra’ is fluid and alluringly hard to pin down. OLAN’s penchant for textural soundscapes is showcased in atmospheric tracks such as ‘Push’ and ‘Submerge’ and the buoyant Balearic vibes of ‘Material’. Conversely, the jungle rhythms and acid basslines on ‘Promise To Keep’ and ‘Reckoning’ demonstrate how raw, energetic dance-inducing songwriting comes naturally to the Atlanta-based producer.

Themes of self-awareness and self-acceptance are persistent throughout the album, realised in OLAN’s considered lyrics. Opening track ‘Submerge’ contemplates the cyclical nature of life’s lessons, exclaiming “there’s no limit to the depth that I can relive it all”. Other tracks such as 'Promise To Keep' and 'Ultraviolet' raise questions about fulfilment and where it comes from - "I'm asking more questions / Taking no secrets / But is there a message / When nothing is sacred?". Each song presented a cathartic moment for Lu, as she explains:

“Making this album was the first time I could be present the grief, loneliness, or isolation I felt when my expectations didn’t match my surroundings. It made me realize how much happier I am when I detach from stories or specific outcomes.”

A gifted and classically trained musician who learnt her craft between orchestra classes and worship bands, OLAN prominently incorporated her own live instrumentation and vocals whilst recording the album. Suitably, Flores will take ‘Contra’ on tour live this year, with performances at Beyond Wonderland, Ultra, The Gorge Weekender, and alongside Ben Böhmer on his North American tour.

As a queer woman of colour OLAN is used to standing out. However it is her capacity for all-encompassing production, dynamic songwriting, singing, and instrumentation that really sets her apart from her contemporaries.